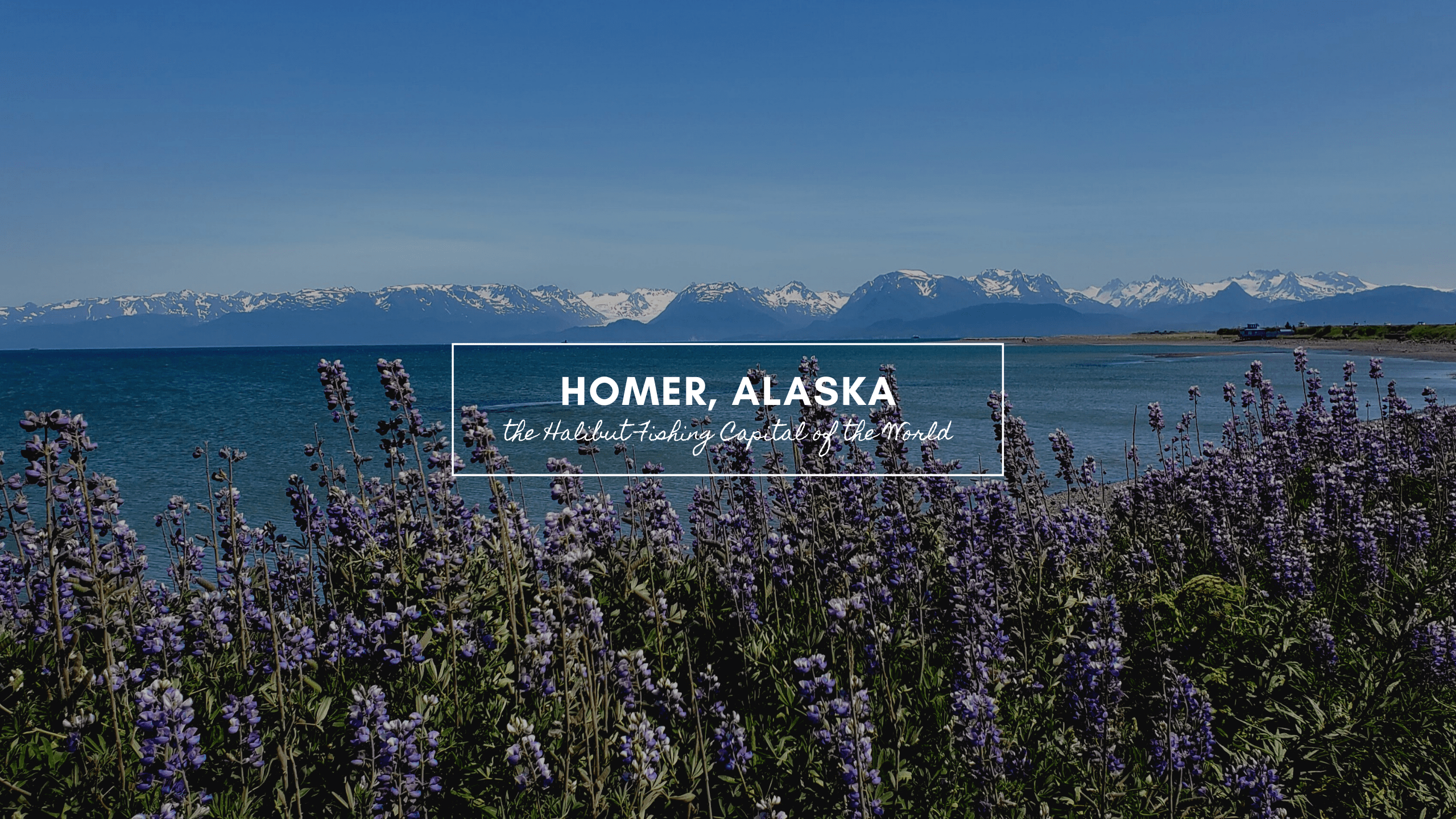 After a mild winter, Alaska is having record high temperatures which has led to multiple forest fires. There is a large fire on the Kenai Peninsula that is currently burning. Since it is not endangering any homes at the moment, they are using controlled burns to let the forest fire burn. It is actually considered healthy for a forest and promotes regrowth after the fire which I found interesting. Unfortunately it has caused quite a bit of smoke and haze in Anchorage and many cities in the Kenai Peninsula.

We tried to escape the smoke by driving through the area on fire and heading south to Homer which worked out pretty well for us! Driving through the burn area was crazy though. Parker and I both had pretty bad headaches and it definitely felt harder to breathe. The air was brown and thick and if you opened the window everything smelled like a campfire. On the other side the air cleared though and we found blue skies and mountain views in Homer.

You are allowed to park on the Homer Spit for free up to 7 days so we found a nice beach front view and backed on in. 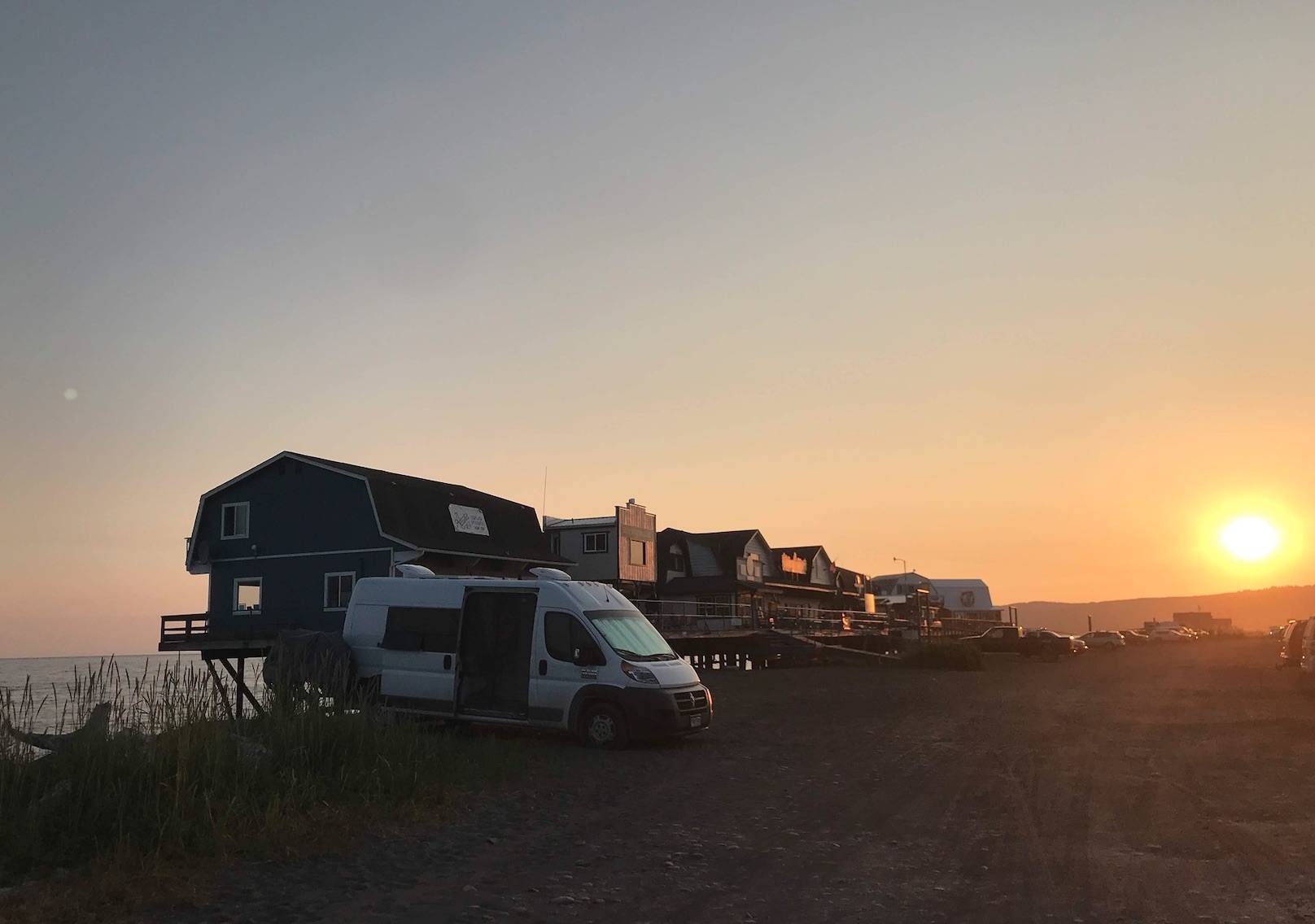 We spent the next few days eating the most delicious fish tacos at the Little Mermaid,

Biking the paved path along the water lined with beautiful purple lupine flowers,

Enjoying the midnight sunsets on the beach, And sitting in the van with the back open watching the otters in the water and letting the cool ocean breeze come in.

Since Homer is the “Halibut Fishing Capital of the World” we had to partake, so we booked a fishing trip through D&G Charters to try to catch some halibut.

After popping some dramamine, we met our captain, Sheridan, bright and early to head for the ocean. It was a rough 2 hour ride out on the small fishing boat but we made it and did some drifting and some jigging with no luck.

Captain Sheridan asks if anybody has a banana on board. Of course I do. Come to find out fisherman believe bananas are bad luck, so Captain Sheridan bribes me to throw it overboard and I quickly comply.

Believe it or not, we started catching halibut. I caught the second fish and it was a pretty big one! 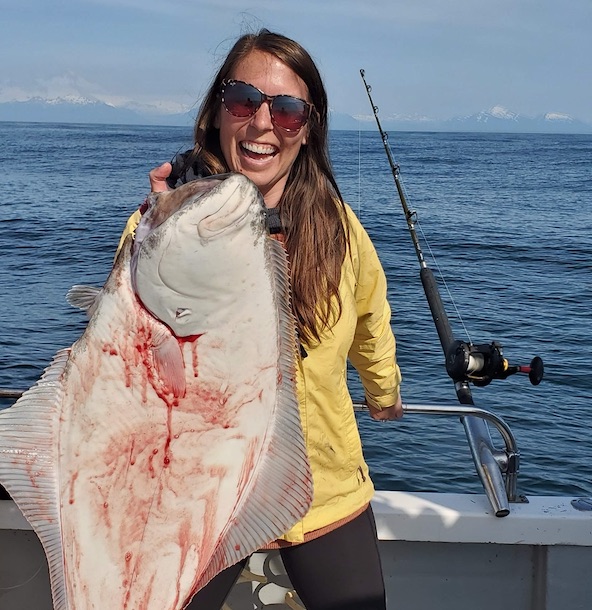 After awhile we boated to a new fishing hole where seasickness got the best of me. Once we arrived at our new fishing hole though, it was warm and sunny and the water was the most calm it had been all day. There we caught the rest of our limits (2 per person) and headed back in to the harbor. 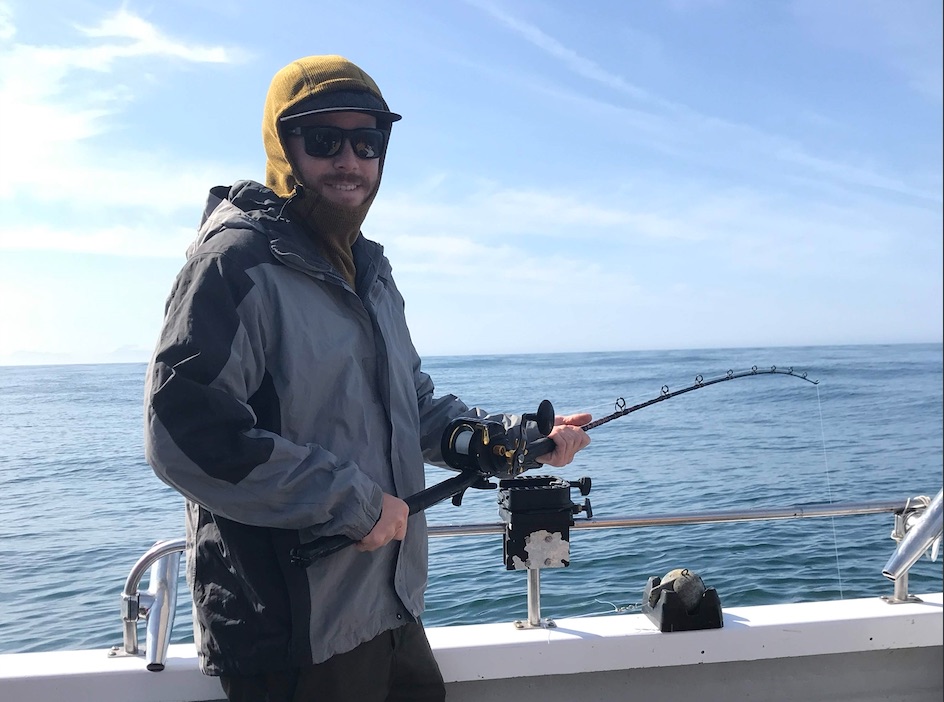 Our captain filleted our fish for us (making it look way too easy). 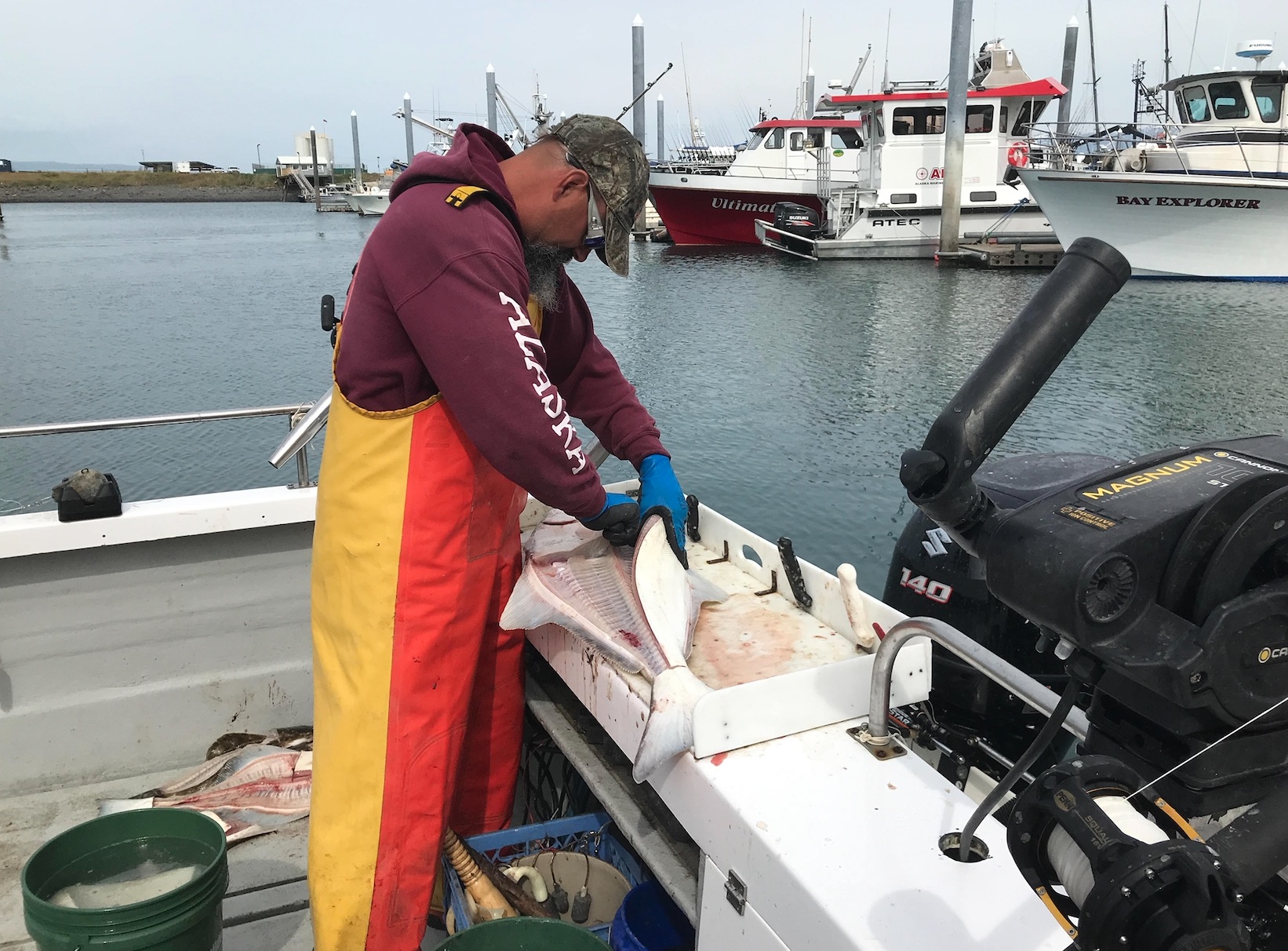 We took our 25 lbs of fresh halibut back to the van and pondered what the heck to do with all of it. At first we thought turning the Dometic into a freezer and storing it there was the way to go. But it literally took up the entire Dometic fridge so we stacked it up in the RTIC cooler and are going to keep the ice on it. 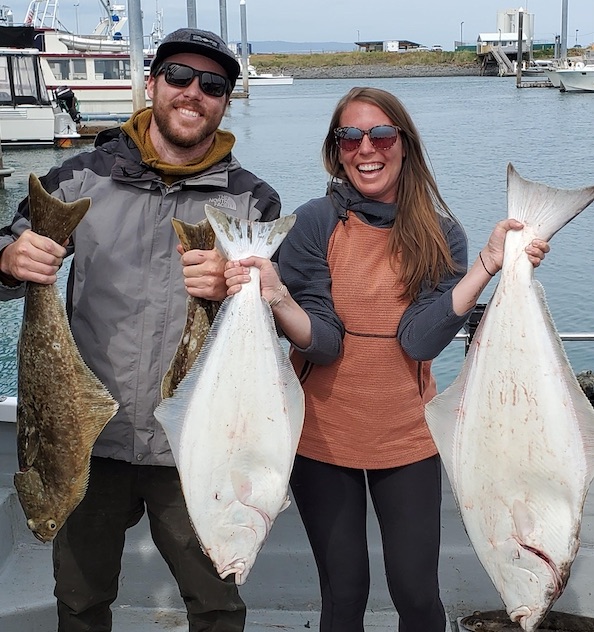 Here’s to halibut every day for the next month!! 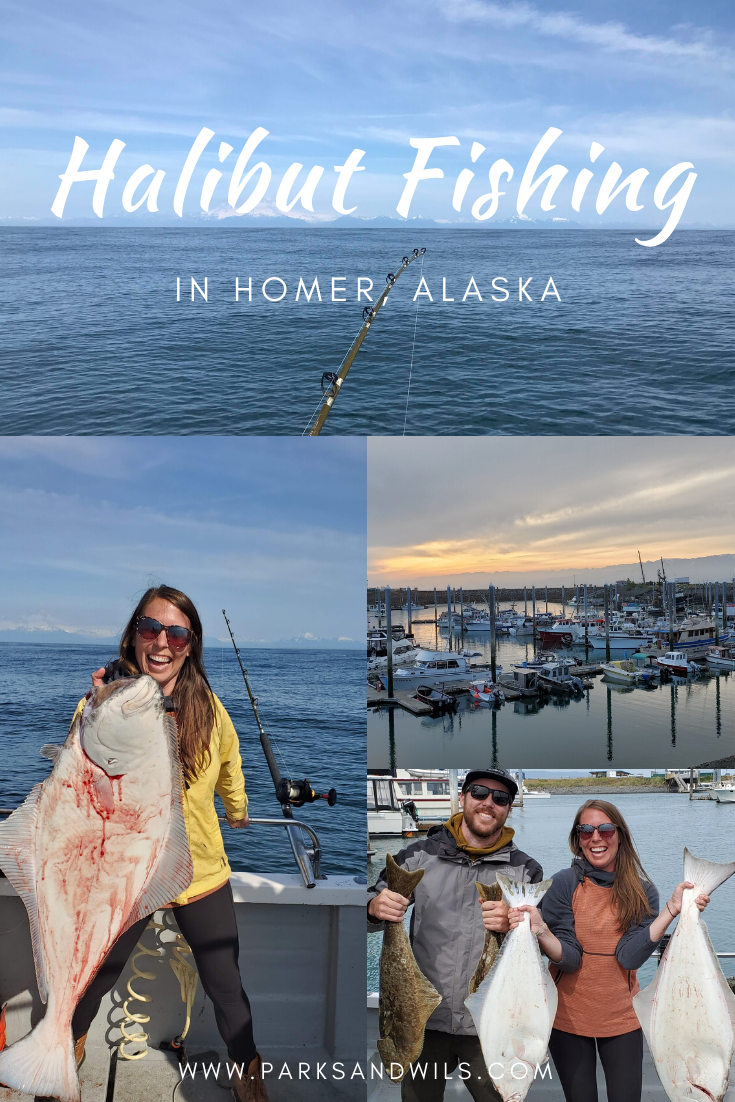 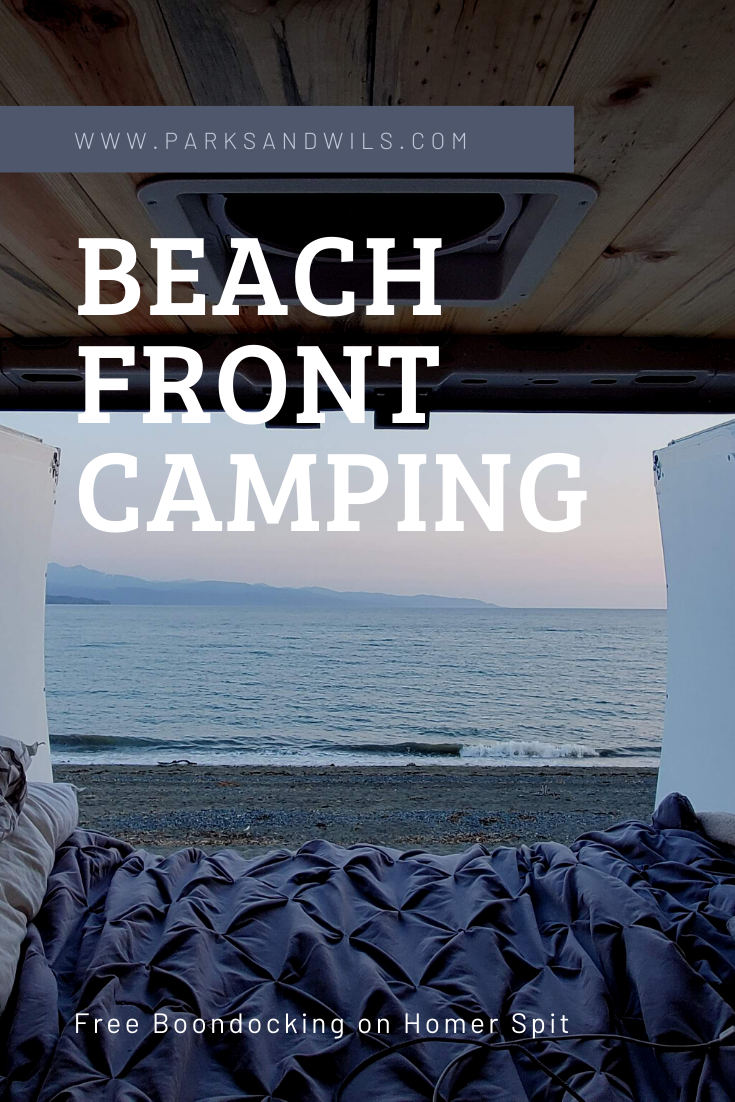