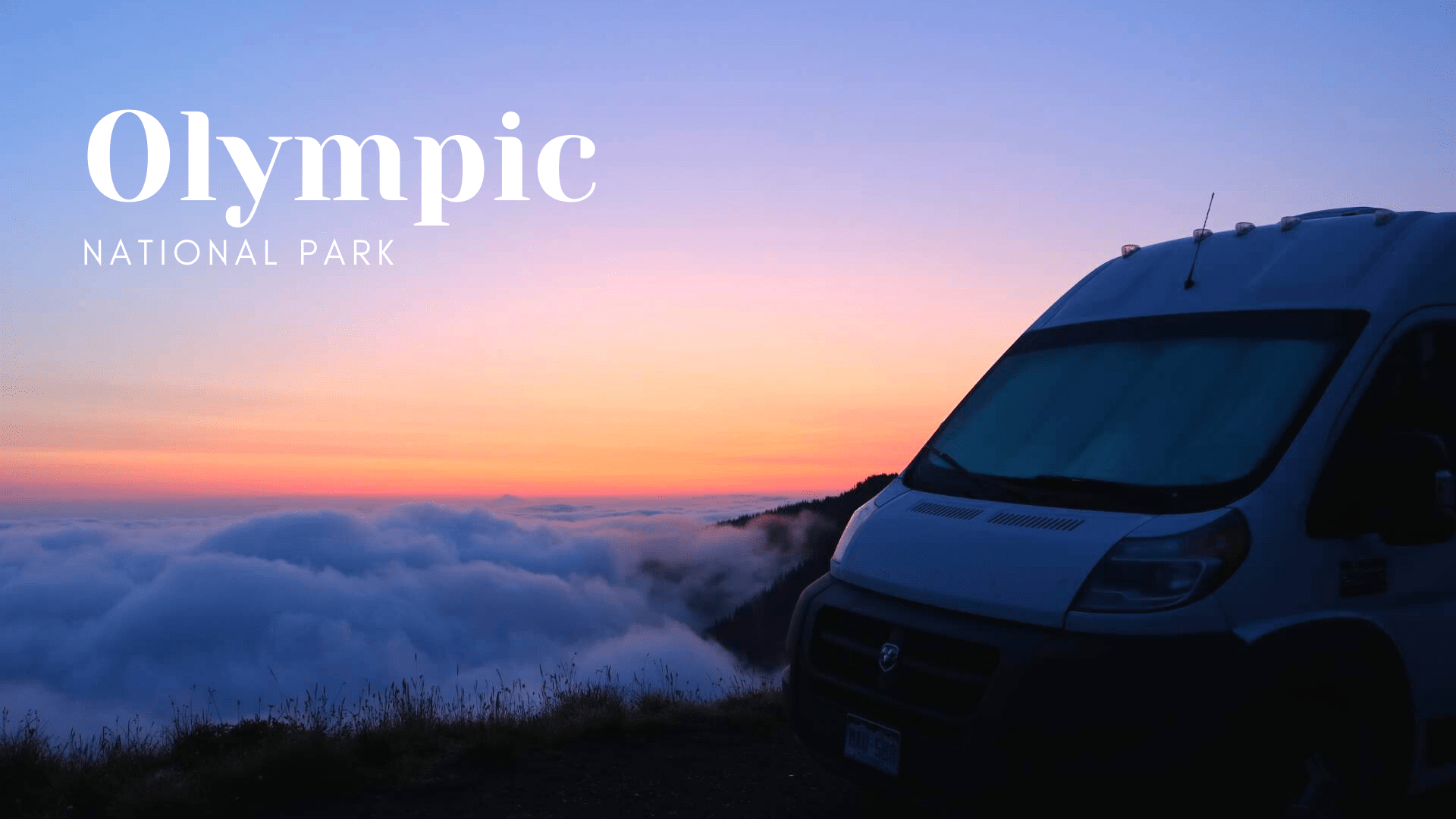 When we crossed back into the US in Port Angeles, WA we were right at the gateway to Olympic National Park. Our ferry arrived pretty late though so we decided to get some sleep at a nearby rest stop that allowed 12 hour overnight parking. It seemed pretty chill when we pulled up until about midnight when we were awoken by yelling and cursing by what sounded like a couple of travelers that had spent a little too much time together. Pretty sure we heard one of them yell, "I should have left you in Banff." While entertaining, it was not the most restful night of sleep and we plan on trying to avoid any more rest stop campsites if possible.

The next morning we headed straight for Hurricane Ridge, excited to be back in the mountains after spending our time in Vancouver Island along the coast. We were nervous as we drove up because the fog was super heavy in the trees. 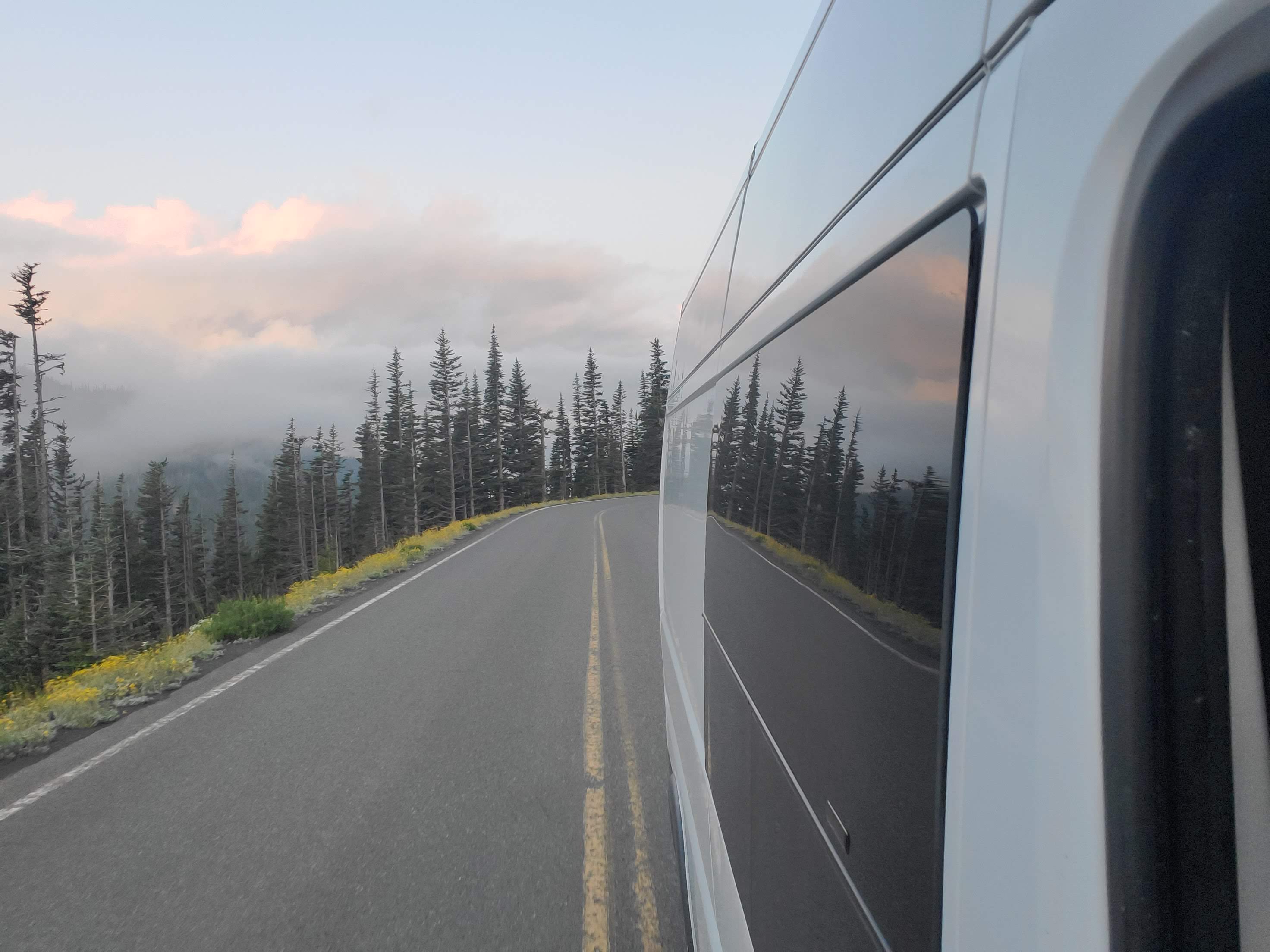 Then, all of the sudden we were above the fog and could see all the views of the Olympics and the wildflower covered valley. We did a short hike up Hurricane Hill to get 360 views. The coast side remained foggy but the mountains were absolutely gorgeous! 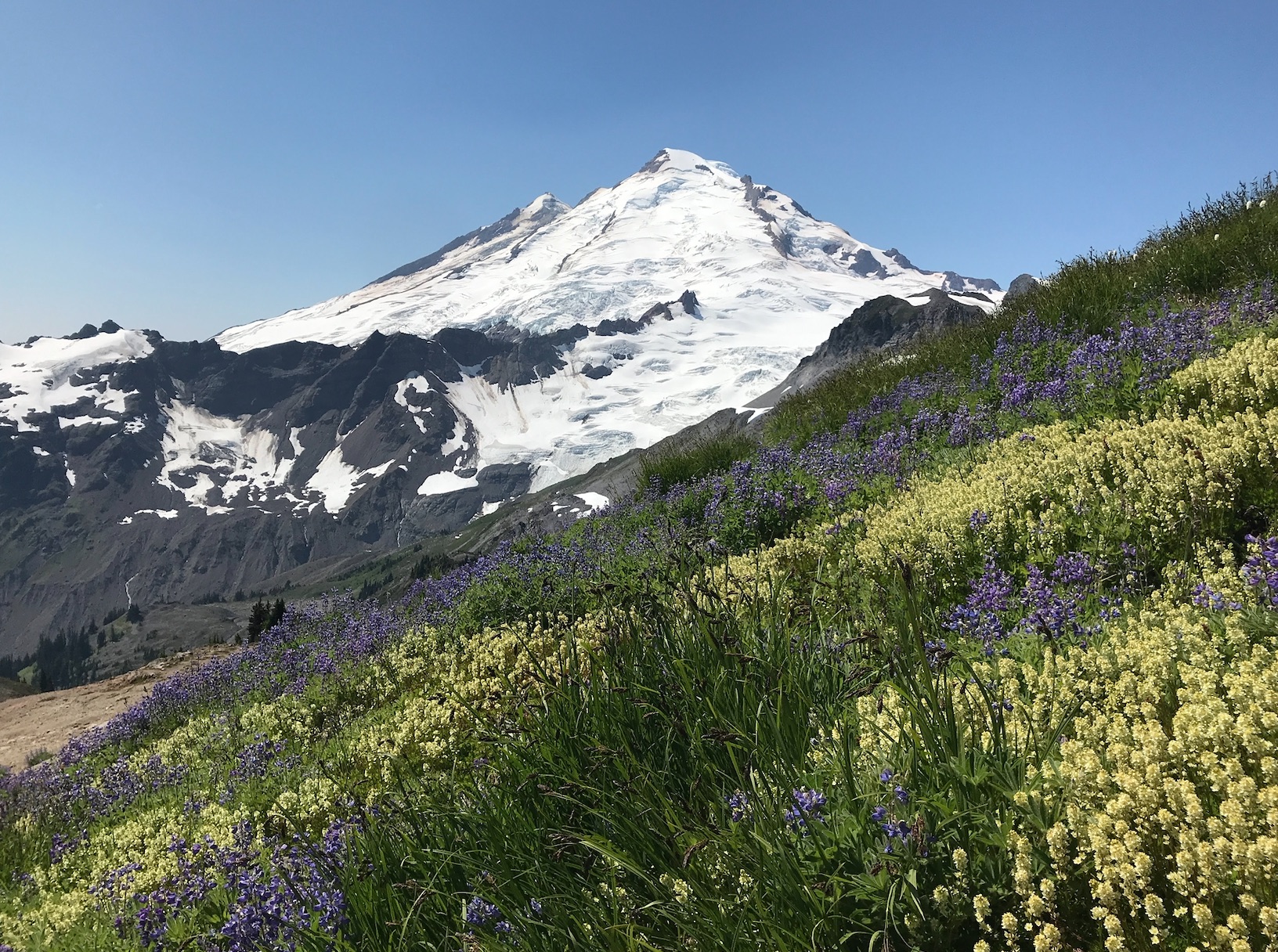 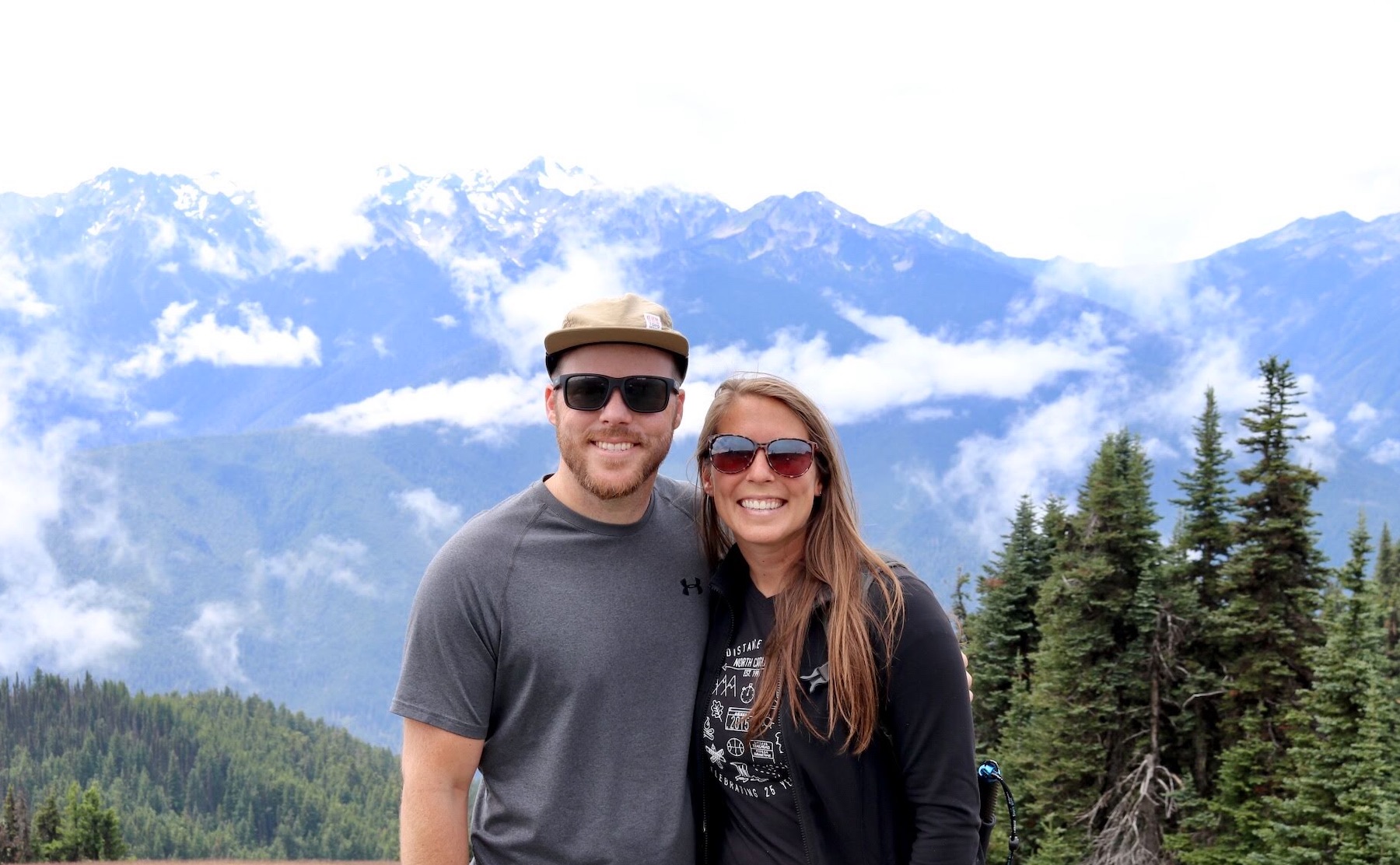 We camped off of the slightly sketchy gravel road that hugs the cliff on one side and has steep dropoffs on the other that takes you to Obstruction Point. The sunset was jawdropping so we decided it would probably be worth it to wake up for sunrise too. We were SO glad we did. The sunrise was one of the most epic sunrises I’ve ever seen. Bright pinks and oranges and purples spilled out of the sky over a fluffy blanket of clouds in the valley. Lake Crescent is a beautiful PNW lake in Olympic National Park that we decided we had to paddle. We had fun breaking out the GoPro Dome for the first time too. 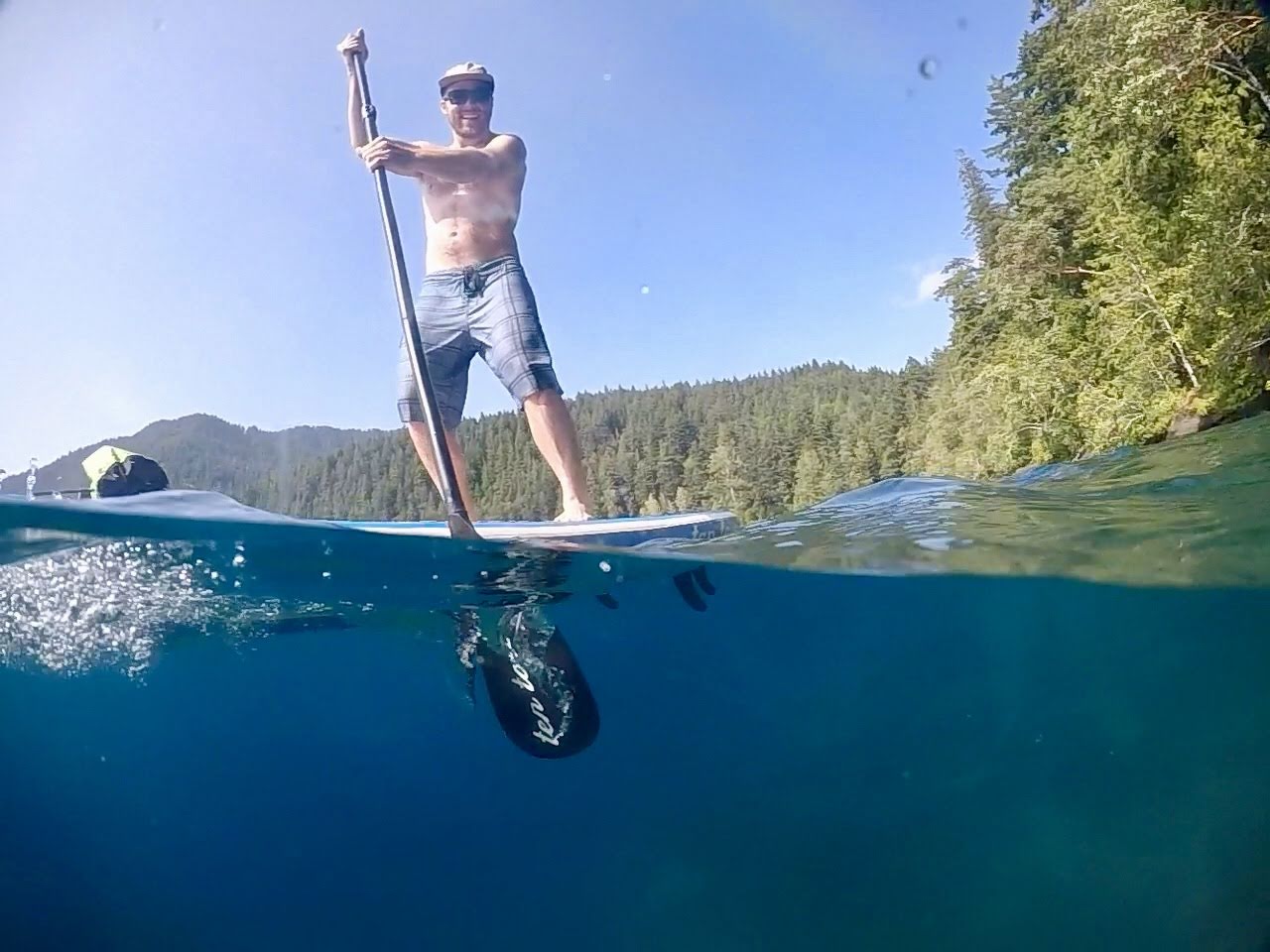 We ended up deciding not to drive out to the coast and spend all the time we had in the park in the mountains, but we definitely be making another trip back to Olympic National Park to explore the tide pools, La Push, and the Hoh rainforest.